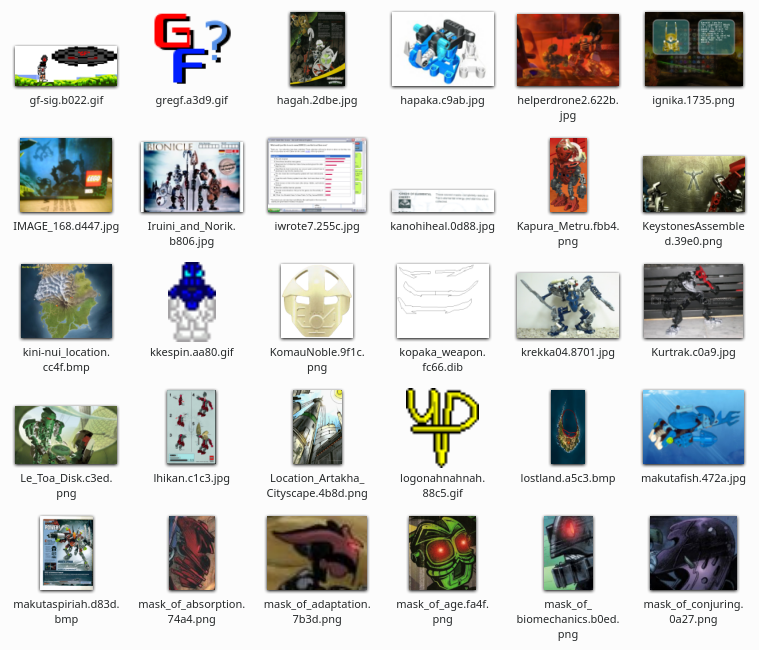 We have a mostly-invisible but very important update to the OGD Archive today! This one has to do with the preservation of image files. As of now, all image files that are included in or linked to from the OGD Archive have been copied to the OGD Archive server and will be hosted there from now on. Why does this matter? For one, this guarantees that the images in the archive will outlive the sites where they were originally hosted. This is especially important for images hosted on Brickshelf, since Brickshelf is known to go offline without warning from time to time. As you can see from questions like this one, or posts like this, losing those images would lose a lot of important information!

This update also restores some images that were previously lost to time but were able to be recovered from web.archive.org. All images that were unavailable from their original sources were checked against web.archive.org and replaced if possible (this recovered 18 lost images in all). For example, instead of this post (which originally revealed the Blade Burrower map to be the Unity, Duty, Destiny symbol) showing a great big void, it shows the original image, providing crucial context.

That’s all for now, and don’t forget to join our Discord!