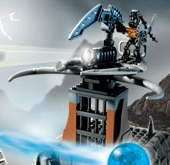 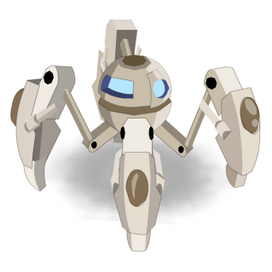 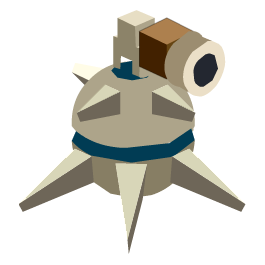 Nektann were robotic weapons built by the Piraka to defend key points on Voya Nui. They fired concussive blasts and were heavily armored except on the bottom. There were two types of nektann: fixed and mobile.1

Piraka outposts were protected by automated guardians called Nektann. Some Nektann were fixed, and some were mobile.2

Nektann could be found in the Nui Caves.3

Nektann were robotic defense devices which were used at Piraka outposts. They were heavily armored and were able to reconstruct themselves.4

Nektann were automated guardians used by the Piraka to guard their outposts and stronghold.5