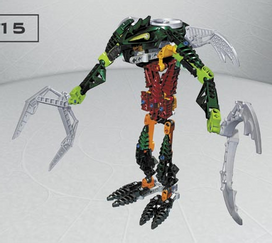 Parakrekks were vicious amphibians which followed in the wake of the Protocairns, feeding off the rubble which the larger creatures left behind. Long after the protocairns died, these nasty beings would linger, tearing down structures with their claws and feasting on the fragments. They were extremely good at finding concealment and could be very difficult to root out once they had a foothold in a place. Left unchecked, they could eventually destroy an entire city due to their rapacious appetite.1

"Parakrekks" is both the singular and plural form of the name.2