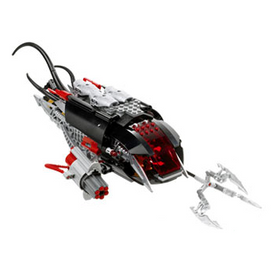 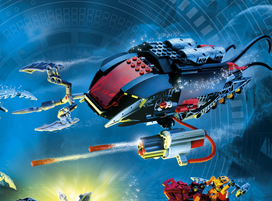 A badly injured stinger whale was nursed back to health by the Mahri Nui Matoran and later fitted with weapons for the fight against the Barraki. Its maximum submerged speed was 30 knots (55 km per hour). Its natural armor was 25 centimeters thick. It could hold one passenger. Its natural tool was its stinger tail. Its weapons were a Cordak blaster and a claw. Really brave Matoran sometimes tried riding on stinger whales, but they rarely tried it more than once.1