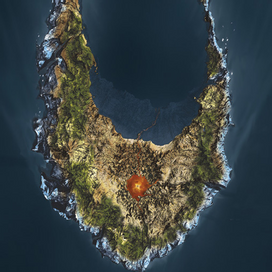 The Green Belt was an unexplained area of vegetation along the coast of Voya Nui.1 It was located further inland from the ring of ice which surrounded Voya Nui's U-shaped coastline. The origin of the green belt was a mystery to the Matoran.2

A hidden entrance in the Green Belt opened up to a staircase with 777 stairs which descended to the Chamber of Life where the Mask of Life was hidden.3

The Green Belt contained the only passageway to the Mask of Life.4