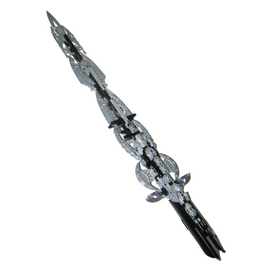 The twilight blade was a type of weapon manufactured on Xia. It was a sword that required a large amount of skill to use properly and had to be used in certain conditions for the proper effect to be achieved. If wielded properly in areas with high levels of light, it could redirect the light into the eyes of the opponent, causing temporary blindness. In areas with low amounts of light, the blade could appear almost invisible when used properly, making it harder for the enemy to counter attacks. This led most to believe that the twilight blade had powers of light and darkness, when in fact it merely reflected available light in certain ways.1