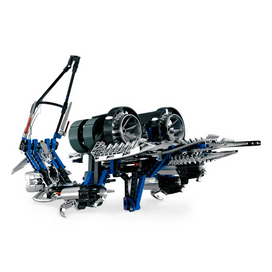 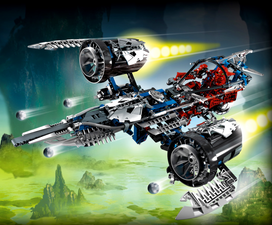 The Jetrax T6 was a powerful cruiser. It was originally going to be piloted by Kopaka, but Makuta Antroz stole it. On its way out of the Codrex, the Jetrax T6 collided with a huge lightstone and briefly became super-charged with energy, causing its armor to glow yellow. It was equipped with giant jet turbines for greater power, but these could be ejected when additional speed was needed. It was armed with three blaster cannons.1

The Jetrax T6 was built by Artakha when the universe was new.2