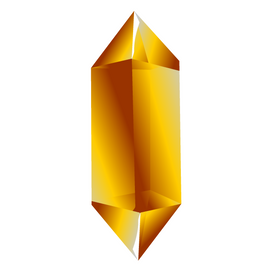 Lightstones were glowing crystals mined by Onu-Matoran both in Metru Nui and on Mata Nui. These crystals were used to provide illumination. In their raw, unrefined state, lightstones could be so bright as to be almost blinding to unshielded eyes. It was at one time believed that lightstones had a self-contained power source, but this was largely disproved by the fact that so many of them were doused when the Metru Nui power plant was wrecked. The fact that some of the stones continued to work, particularly on Mata Nui, would seem to indicate that there was a second source of energy for them other than the Metru Nui plant. It was not known what that source might be.1

Onu-Metru workers mined Lightstones. These crystals gave off a bright glow and were used for illumination all over Metru Nui.2

Lightstone mine towers were visible all over Onu-Metru.2

Lightstone crystals were mined in Onu-Metru and used all over Metru Nui to provide illumination.3, 4

On Metru Nui, lightstones were used for illumination in personal living quarters and could be doused.6

The lightstone rifle was a Xian weapon that used electrified lightstones as projectiles.7