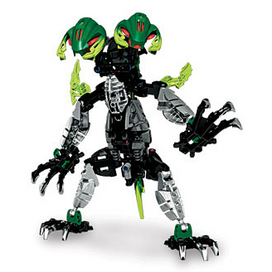 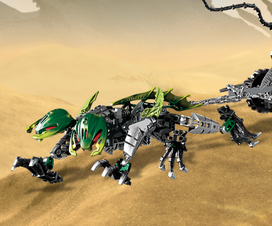 It was Stronius who first came up with the idea of "Spikit feeding duty" as a punishment for failure among the Skrall.1

Baranus wagons were originally built to be used with sand stalkers, rather than the unpredictable Spikit, since they were much faster than Spikit. However, as time passed, the more powerful creatures were chosen to replace the sand stalkers, as the Spikit's fierce nature made it an excellent means of defense. Sahmad's Spikit was experienced at battling rock steeds, making it of great use during his battles with bone hunters. The two-headed Spikit were used as work animals in many villages due to their size and strength. As long as they were kept well-fed, Spikit were reliable, but when hungry, they became extremely dangerous.2

Spikit were mainly used to pull wagons and other things like that.3 Spikit were used by many tribes, not just the Skrall.4