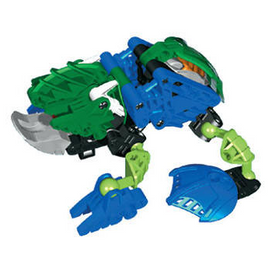 Ghekula were a breed of amphibious Rahi most often found in swampy waters. It was considered bad luck to harm one.1, 2

The ghekula was an amphibious creature found in the swamps beneath Le-Koro on the island of Mata Nui. The activities of the Bohrok forced the ghekula to migrate, and many of them sought the calmer waters near Ga-Koro. The ghekula were regarded highly by the Matoran, and it was considered bad luck to hurt one.3, 4