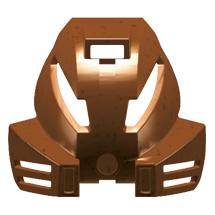 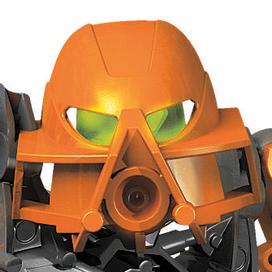 The Kanohi Kakama was the Great Mask of Speed. It allowed its user to run great distances in an instant.1

The Kakama was the Great Mask of Speed. It allowed the user to cover great distances in the blink of an eye.2

The Kanohi Kakama was the Great Mask of Speed. It allowed its user to move great distances in an instant.3

The Great Kanohi Kamama made the user's reflexes lightning quick, making it possible for one to maneuver at high speed. It made one's vision sharper, allowing one to see objects that would otherwise have been just a blur.4

Kakama were created from Kanoka disks with the teleport and reconstitutes at random powers.5

The mask gave a consistent, fixed speed boost to its wearer, regardless of how fast the wearer's normal speed was.6 The Kakama gave its user super speed, the muscular control to handle it, the enhanced senses to enable one to still see things moving at that speed, and some way of protecting the mask-wearer from friction.7