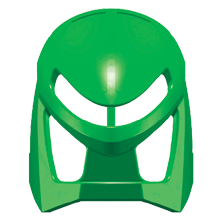 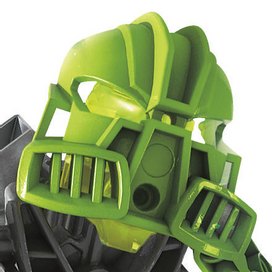 The Kanohi Miru was the Great Mask of Levitation. It prevented a flying wearer from falling to the earth — it was often mistaken for a mask of flight. While wearing a Miru, a user could ride on air currents and rely on the mask's power to repel the ground and keep aloft. By controlling the mask, one could descend slowly. The Miru did not allow flight from a standing start.1

The Miru was the Great Mask of Levitation. It allowed the user to float and glide on air.2

The Kanohi Miru was the Great Mask of Levitation. It allowed the user to glide on air currents and descend from great heights safely.3

Miru were created from Kanoka disks with the teleport and weaken powers.4

The Miru had no advantage over the Kadin.5

The Miru wasn't easier to control than the Kadin.6