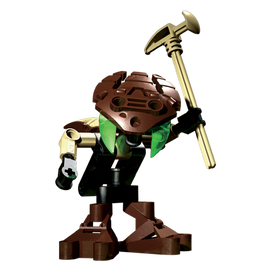 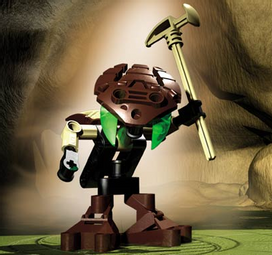 Pahrak Va were one of the six types of Bohrok Va, connected to the element of stone. They were slow-moving and the easiest for the Matoran to capture. They used stone hammers to defend themselves.1

The Pahrak Va's color was brown, and their element was stone. They were slow-moving and were the easiest Bohrok Va to track down and capture.2

The Pahrak Va were easiest of all the Bohrok Va to capture, as they moved more slowly than the rest. However, physically they were among the strongest of these small creatures.3