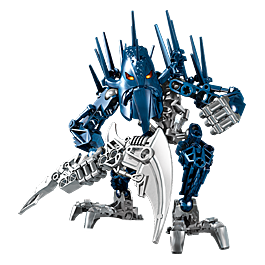 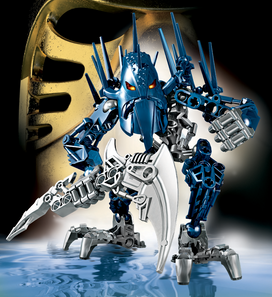 Warlord Nektann had his own base and army of Skakdi on Zakaz. Nektann was larger than the average Skakdi, or at least he appeared so sitting on his throne made from the fused weapons of his foes. He was accompanied by his pet, which looked like a Muaka cat covered in spiked armor. Nektann hated the Brotherhood of Makuta.3

Warlord Nektann of the Skakdi race allied with Makuta and led his people in a fierce attack on Bara Magna.4