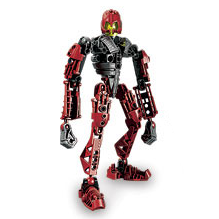 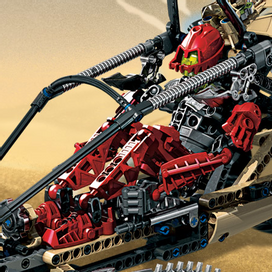 A former Second Glatorian in Vulcanus, Perditus gave up that prestigious position to return to his roots as a vehicle pilot. During the Core War, Perditus designed the heavily armed Thornatus V9 and rode it into battle. He became something of a legend among his foes, using his vehicle to shatter lines of troops. Unlike many Glatorian, Perditus did not boast or brag about his victories in the war or in the arena. He seemed to take little pleasure in defeating a foe. He once told Ackar, "I do my duty, and I do it the best I can. That doesn't mean I have to enjoy it." He fought out of a sense of responsibility and obligation to his village, and if he did take pride in his creation or his record, he rarely showed it.1 Perditus held a high rank in the army of the Element Lord of Fire and so had access to caches of equipment and technology cast off by the Great Beings to build the Thornatus V9.2