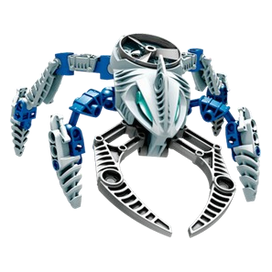 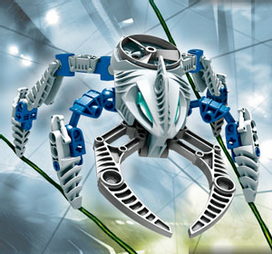 Suukorak were one of the six breeds of Visorak which invaded Metru Nui. They had a natural resistance to cold and had the ability to slow their life processes down to almost nothing, making it extremely difficult for others to detect their presence. Suukorak's Rhotuka spinners created an electrical field around a target. This field would surround and move with the target, gradually shrinking with time. It was impossible to escape the field without sustaining a shock, so the prisoner's only hope was that the field dissipated before it contracted completely.1

Suukorak were natural tacticians, masters at knowing when to attack and when to withdraw. Their spinner created a field of electrical energy around a target that slowly shrank. As long as the field was in effect, the target could not escape. Suukorak had the ability to slow their life processes to almost nothing, making it extremely difficult for other to detect their presence.2