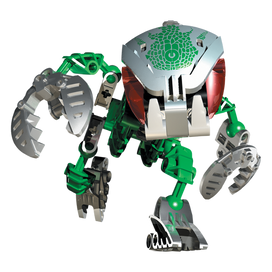 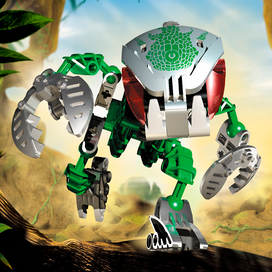 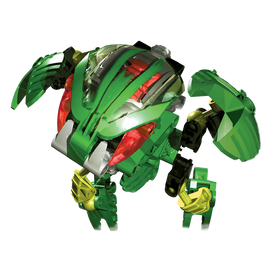 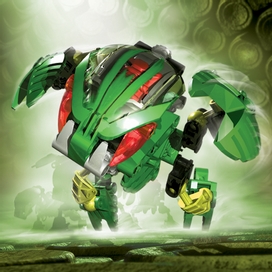 Lehvak-Kal was one of the six Bohrok-Kal. Its tool was the vacuum shield, which could draw in all the air from a given area, cusing a destructive implosion. It could then release that air in a single blast with the power to smash through solid rock.1

Lehvak-Kal's color was green, and its power was vacuum. Its vacuum shield could suck all the air out of a given area or release it in a single blast that could shatter rock. Lehvak-Kal relied on ambush, clever tactics, and surprise. It preferred to stay in Le-Wahi, where it could disappear into the jungle.2

Lehvak-Kal, still trapped in space, most likely did not survive the events surrounding the reunification of Spherus Magna.4