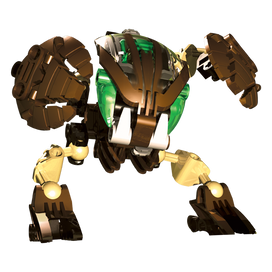 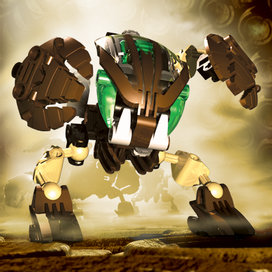 Pahrak were one of the six Bohrok breeds, tied to the element of stone. Their stone shields caused violent seismic disruptions.1

The Pahrak were steady and methodical, slow to anger, and reacted to obstacles only when they had no other choice. They could be found throughout Mata Nui, using their control of stone to crumble mountains to dust.2

The Pahrak could turn mountains to rubble.3

The Pahrak's color was brown, and their element was stone. They were seen all over the island of Mata Nui. Their shields gave off seismic waves that could make mountains crumble to dust. They were slow-moving but powerful, and they were almost impossible to stop.4

Pahrak were the Bohrok of Stone. Their shields could cause violent earthquakes. They were brutal and tough.6