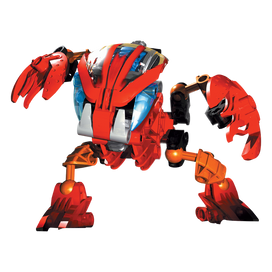 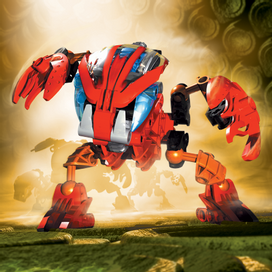 Tahnok were one of the six Bohrok breeds, tied to the element of fire. Their fire shields could melt any substance. They were dangerous and unpredictable and the most aggressive of all the Bohrok swarms.1

Wielding the power of fire, the Tahnok was quick to anger and often acted without thinking. They were most often sighted in the southern jungles, northern rocky plains, and icy wastes of central Mata Nui.2

The Tahnok's color was red, and their element was fire. They were dangerous and unpredictable Bohrok, most often seen near Po-Koro and Ko-Koro. Their fire shields could melt any substance on Mata Nui. They were built for swift and sudden movement, with lightning-fast reflexes.4

The fiery Tahnok were capable of melting through any substance.2, 5