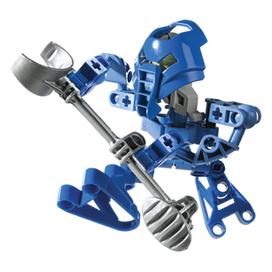 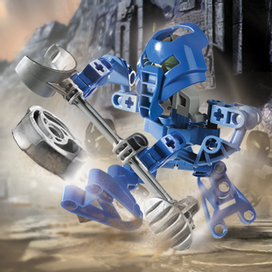 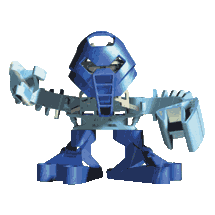 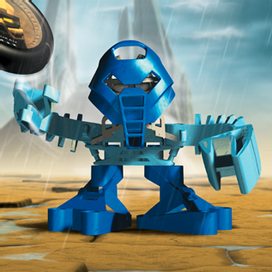 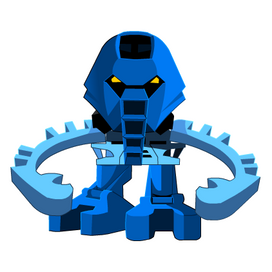 Macku, originally known as Maku, was a Ga-Matoran1 originally from Metru Nui who on Mata Nui served as Turaga Nokama's right hand.

Maku loved the the disk throwing championship tournament, since it was the one time Jala, Huki, Onepu, Kongu, Matoro, and she could all get together. Maku was a fast swimmer, which made her an excellent scout for a Matoran.2

Maku was a female villager from Ga-Koro and an excellent swimmer.3

Macku's color was blue. She patrolled the coast of Lake Naho from Ta-Wahi to Po-Wahi. She was a talented all-around athlete who enjoyed competing against Hewkii, her friend from Po-Koro.4

Maku's Canoes was a small business run by Maku in Ga-Metru. Maku offered guided tours of the Metru Nui coastline. Her most frequent customers were Onu-Matoran searching for aquatic Rahi to add to the Archives.5 The protodermis falls were the starting point for boat tours of Metru Nui, operated by Macku.6

Macku was a Ga-Matoran known for her canoe racing and navigational skills.7 On Metru Nui, Maku realized long before mid-story year 2004 that she did not want to be simply another student.5 She received special permission to run her own small business, Macku's Canoes, offering guided canoe tours of the Metru Nui coastline.5, 7 Her most frequent customers were Onu-Matoran searching for aquatic Rahi to add to the Archives.5 On Mata Nui, she excelled in the Ngalawa canoe racing tournaments. She joined with Hahli to form Ga-Koro's winning Kolhii team.7