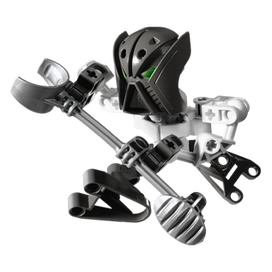 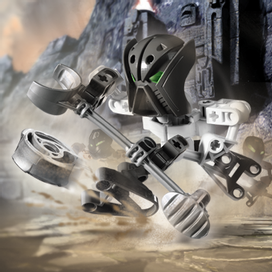 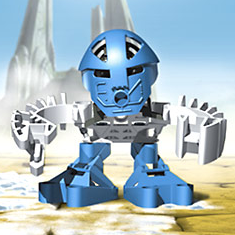 Kopeke was a highly respected Ko-Matoran1 carver, known for his ice bridges and sculptures in honor of Toa Kopaka. On Metru Nui, he worked at a variety of jobs, including messenger and chute station attendant. It was on Mata Nui that his true artistic gifts began to show themselves. In addition to being a fine sculptor, he was also an athlete. He excelled at both Huai snowball sling and Kolhii. At the time of the Toa Mahri's mission in Mahri Nui, he served as Chronicler.2

After Hahli became a Toa, the Turaga appointed Kopeke as the next Chronicler of Metru Nui.3, 4

Kopeke's new Matatu mask was an extra mask that the Turaga had brought with them from Metru Nui.5